If there’s one Android handset that’s comparable to the iPhone, it’s the latest Galaxy S phone. More than the Pixel 6 Pro, OnePlus 9, or whatever the latest Android flavor of the month is, the Galaxy S22 line offers a level of design, features, and flair that’s almost Apple-like, with an undeniable identity and influence over the rest of the industry.

But while iPhone and Galaxy fans can argue over who has the better display, design, and camera, there’s no denying that Apple has the clear lead when it comes to the processor. Samsung, the world’s largest chipmaker, still uses Qualcomm’s latest top-of-the-line flagship chip for its North American Galaxy phones, while the rest of the world gets Samsung’s homegrown Exynos processor. But neither can match Apple’s power, processing, and efficiency. 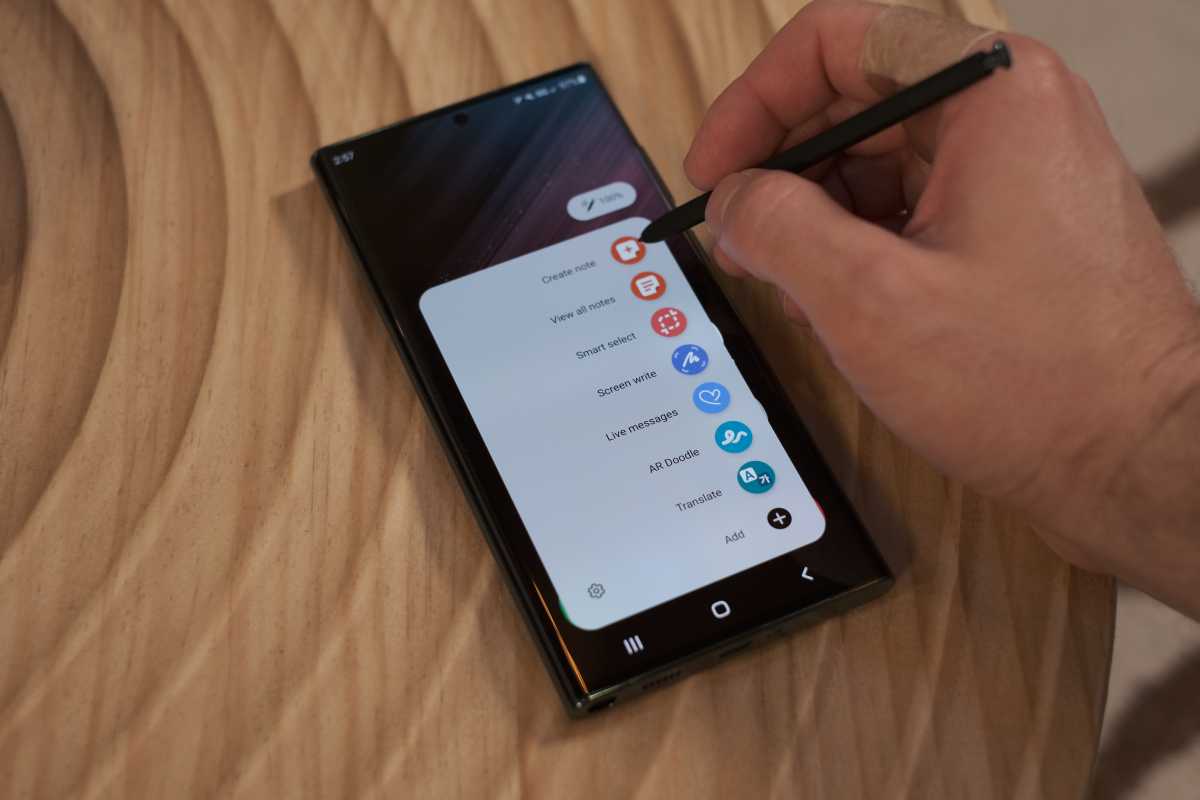 That was supposed to change with the newest Exynos chips. After Samsung launched the Exynos 2100 in 2021 and dumped its custom CPU cores for the Cortex-X1 CPU core, it put a renewed emphasis on performance and power efficiency. Similarly, this year’s Exynos 2200 chip turned the focus to graphics performance with a new Samsung Xclipse GPU based on AMD’s RDNA 2 architecture. When it launched, Samsung boasted that the chip would enable the ultimate mobile phone gaming experience and for a while, it seemed like the S22 might finally give Apple’s iPhone 13 a run for its money.

So we were excited to test it out. We already know that Qualcomm makes great mobile processors that rival Apple’s A-Series chips, but a high-level Exynos chip from Samsung could be a game-changer. If an S22 with a Snapdragon 8 Gen 1 is one of the best phones on the planet, imagine how much greater it could be with Samsung controlling the whole stack with a high-powered Exynos chip.

Sadly, that’s not the case. Our colleagues at Tech Advisor are busy testing the Galaxy S22+ with the Exynos 2200 processor and, well, the results are not great.

That’s not much of an improvement over the Exynos 2100’s multi-core score of 3,263 and nowhere near a breakthrough in performance. The CPU numbers here aren’t even better than a two-year-old iPhone 11 with an A13 processor. Granted, CPU scores aren’t everything, but with camera and communication features demanding more and more resources each year, phones need as much power as they can get. Particularly when you’re spending a thousand dollars plus for a new handset that claims to be game-changing.

It’s not much better when it comes to the neural processing engine. Using Geekbench ML, Apple’s A15 has a TensorFlow Lite CPU score of 950 and a Core ML score of 2511, while the Exynos 2200 barely tops 400. And that’s with Samsung boasting that the Exynos 2200’s NPU has doubled compared to its predecessor, allowing for more calculations in parallel and enhancing the AI ​​performance. So…yikes.

And it’s even worse when you look at graphics performance. Where last year’s Exynos 2100 actually bested the Snapdragon 888 using 3D Mark’s Wildlife test, the S22+ barely tops last year’s score and isn’t in the same league as the A15.

That’s the biggest disappointment of the Exynos 2200. Samsung teamed up with AMD for the Eclipse GPU side with a unique hybrid graphic processor that is positioned between the console and the mobile graphics processor. Samsung describes it as such: Xclipse is the combination of ‘X’ that represents Exynos, and the word ‘eclipse’. Like an eclipse, the Xclipse GPU will bring an end to the old era of mobile gaming and mark the start of an exciting new chapter.

The only thing that’s eclipsed is its performance. Not only did it barely beat last year’s Wild Life score (5,852) it’s trounced by both the A15 and the Snapdragon 8 Gen 1, which topped 10,000 in reported tests. GPU performance is extremely important in today’s phones and not just for games—smartphone UIs have become extremely advanced and the GPU is responsible for making sure everything runs, rolls, and renders smoothly. 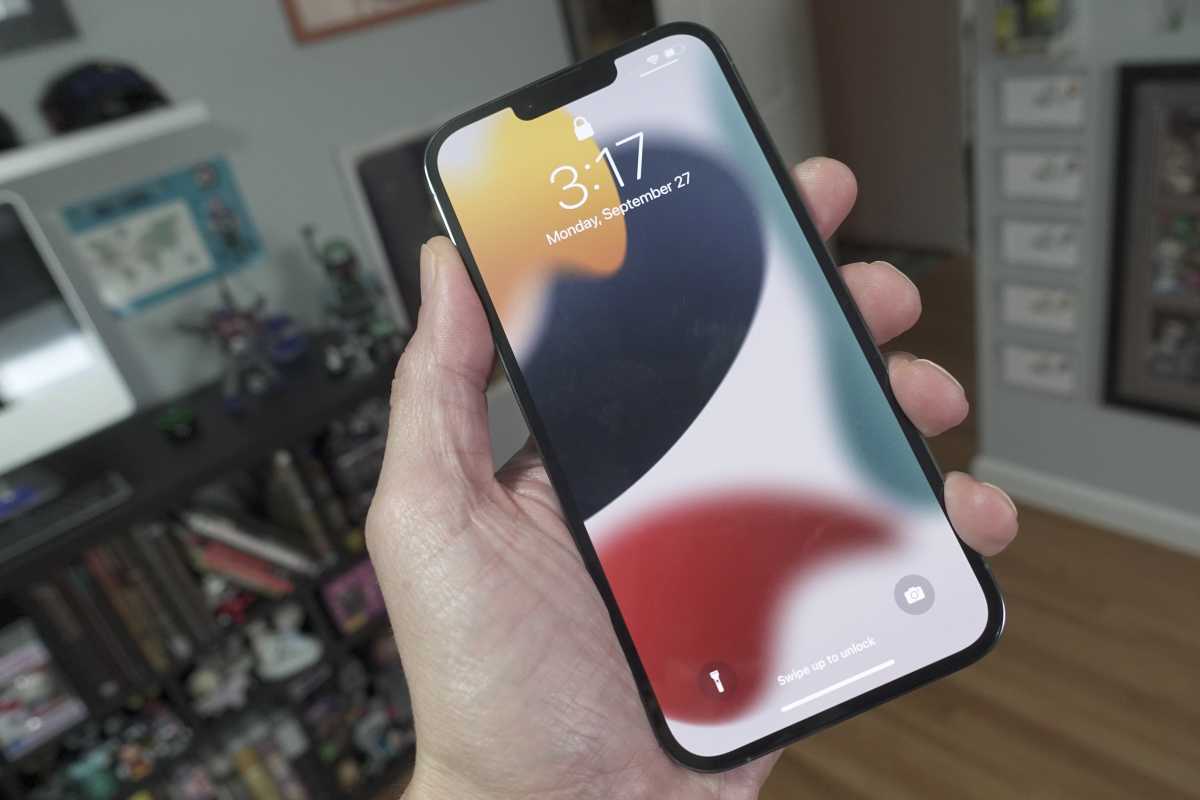 The iPhone 13 Pro and Galaxy S22+ will both be getting updates in four years, but the iPhone will likely be running much smoother. Image: Michael Simon/IDG

That performance gap will be even more than an issue in four years when Samsung promises the S22 will get OneUI 8. With the launch of the S22, Samsung also announced it will deliver four years of One UI and Android OS upgrades, which will require a phone that can handle four years of use. These benchmarks don’t exactly give us confidence.

The Galaxy S22 was supposed to be the phone that finally surpassed the iPhone. If this is the best Samsung can do, perhaps they should just give up altogether.

In Australia the starter model Samsung Galaxy S22+ with 128GB storage costs AU$1,549 if you buy it outright. For a limited time only, major carriers are also running pre-order promotions that offer extra value on purchases, either in the form of bonus gifts and or trade-in deals. You can search these deals in the widget below: