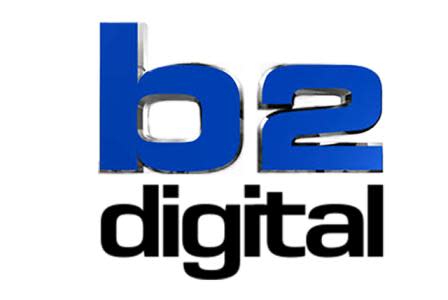 Tampa, FL, May 17, 2022 (GLOBE NEWSWIRE) — via NewMediaWire — B2Digital Incorporated (the “Company” or “B2Digital”) (OTCMKTS:BTDG), the premier development league for mixed martial arts (“MMA”), is excited to announce that, this evening at 7 pm ET, fans will be able to watch the full production value replay of B2 Fighting Series 161, which took place live this past Saturday, May 14, at the Double Tree by Hilton Convention Complex in Cedar Rapids, Iowa.

what: Replay Broadcast of B2FS 161, Amateur and Professional MMA
Onde: B2 Fighting Series YouTube Channel
When: Tonight, May 17, 7 pm ET

As discussed in the Company’s release dated May 12, B2 Digital devices experimented with a new production and distribution process for B2FS 161, whereby a full production movie of the entire event, filmed exclusively using iPhone 13 Pro Max mobile devices, with just crowd noise and cage side audio was created for later release over social media.

B2FS 161 features two spectacular pro matchups and six fascinating amateur bouts between up-and-coming future stars. The main event of the evening pitted Juan “And Only” Roman (5-2-0) in a 155 lbs. battle for respect and future status against Chance Beck (7-3-0), who came in off a first-round verbal submission victory in his last bout. The fight card also featured the B2FS Amateur Heavyweight Championship bout between Cody “The Macktrucck” Baker (4-2-0) and Quentin Campbell (4-4-0), who entered the cage on Saturday after two straight TKO victories.

“I think fans will be thrilled with this full production replay – it’s like you were cage-side attending the fight,” noted Greg P. Bell, Chairman and CEO of B2 Digital. “I don’t want to give away any spoilers here and ruin the drama. But I can say it was a tremendous night that featured some truly special highlights and great mixed martial arts action you’ll see. And the best part is: it’s totally free!”

The Company will be returning to PPV and livestreaming coverage for B2FS 162 in Oklahoma on May 21.

The Live Events segment (the B2 Fighting Series) is primarily engaged with scheduling, organizing, and producing live MMA events, marketing those events, and generating both live audience and PPV ticket sales, as well as creatively marketing the archived content generated through its operations in this segment. The Company also plans to generate additional revenues over time from endorsement deals with global brands as its audience grows. The B2 Fighting Series is licensed in 20 US states to operate LIVE MMA Fights. Most B2 Fighting Series events sell out at the gate. The Company now operates at a pace of more than 40 events per year.

The B2 Training Facilities segment operates primarily through its ONE More Gym brand and its Spartan Fitness Facilities brand. The Company currently operates five ONE More Gym locations, with plans to continue to scale up the B2 Training Facilities segment at a pace of 15 new locations over the next 3 years. Both ONE MORE Gym and Spartan Fitness locations include specialized MMA training resources and serve the recruiting function for the Company’s Live Events segment.

For more information about B2Digital, visit the Company’s website at www.B2FS.com.